The Thief of Wishes – Gameplay

Like any small studio we decided to start ambitious …and we wasted time on several projects, which even large companies would hesitate to consider.

But sooner or later there is always this moment when the apple falls and inspire a man to bump into something seemingly obvious. We had a revelation. And it was that kind of idea that leads to a constructive conclusion, instead of further plans to build a rocket to Mars: A fairy tale-inspired children app with dialogue choices – that is how, in short, we can present our idea, or at least its direction.

However, the more freedom you give to the player, the less control over the story you have, so eventually our storyboard began to look like this: 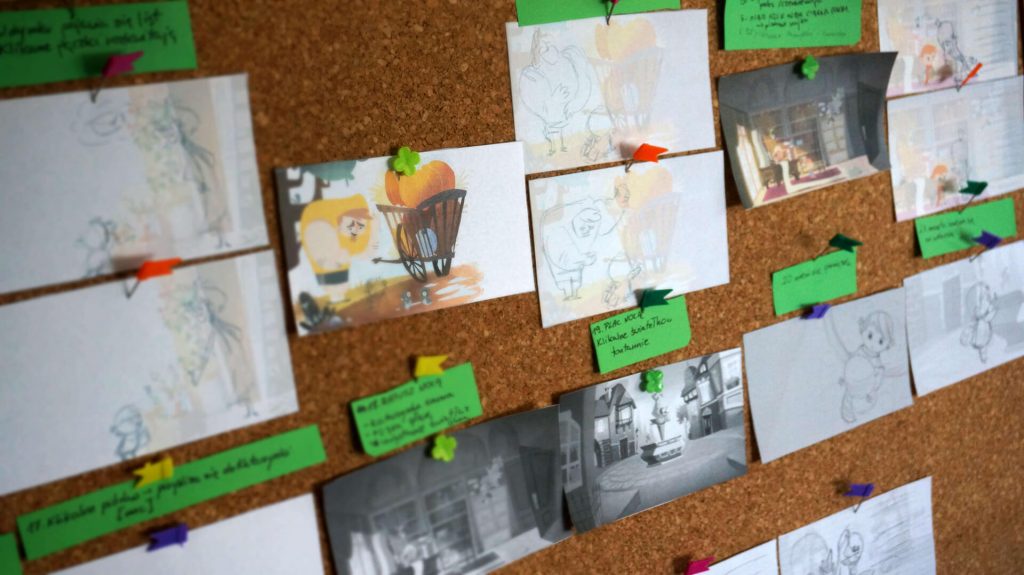 The basis of the app are different dialogues as well as two endings – a choice between strict, fable-like justice or a happy ending. When reading the app again, your child still can make a different decision and the story will not lose any cohesion.

Other choices allow you to learn something new about the characters or see differences in some scenes.