Although the Thief and Catharine are the main characters in our story, there are many other interesting personalities in the town. To break the evil spell and free her family and friends from the curse, Catharine must properly recognize and assign wishes to the people who made them.

When imagining the residents of the town, we wanted the little player to be able to identify with their dreams or recognize similar ones in their environment. Some of them may appear completely innocent – however, when corrupted by the Thief, as the story shows us, they may have serious consequences. 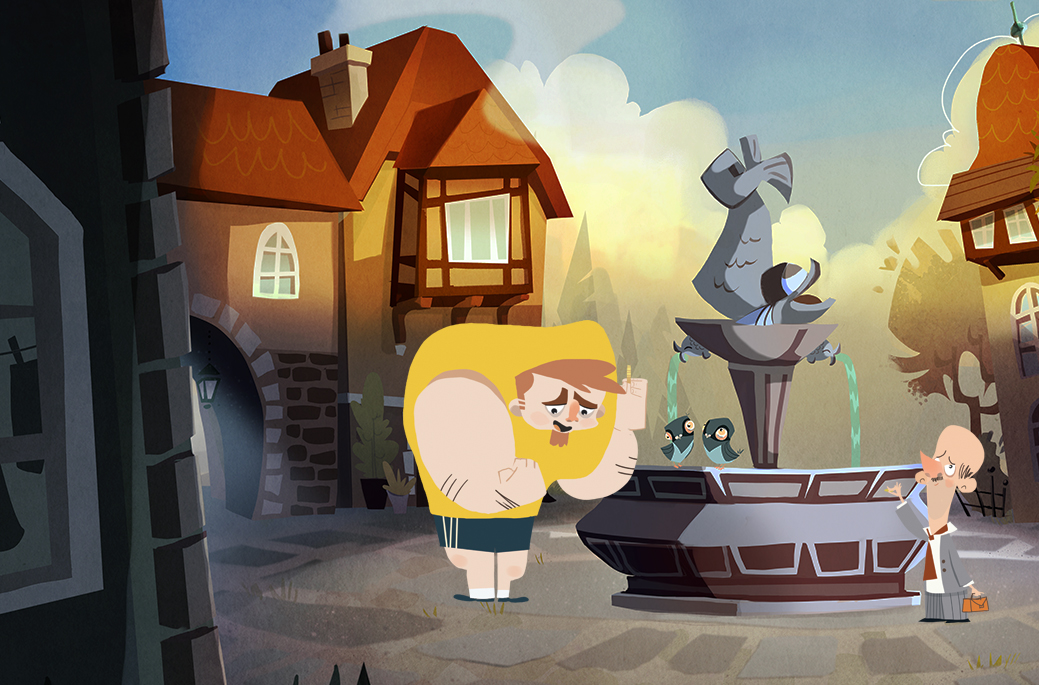 Overworked and absent-minded Mayor is the most important person in the town and Catharine’s closest relative. It’s him who taught the girl to love books, and the enormous collection of tomes in the town hall doubles as a library for the citizens. A lot of stories gathered there deals with old times and forgotten legends. Therefore, the Mayor is the crucial person to unravel the secret of the Thief and his roots.

Although the Porter is at least as forgetful as the Mayor, no one can outmatch him in either strength or kindness. Determined to work even harder, he wants to help every citizen in the town. He doesn’t understand Catharine at all, but praises her knowledge, way of speaking and atypical for a child proficiency with books. As for himself, he doesn’t like to read and finds it better to leave it to people wiser than him.

Her shop is placed near the main square, somewhere near the antique fountain. She has her head in the clouds and isn’t interested with the world beyond her dreams. Though she loves to read just like Catharine, she is interested mostly in romances, adventures and long travels. She awaits the day and the person that will turn her life around. Until that moment she prefers caring about her flowers rather than real problems.